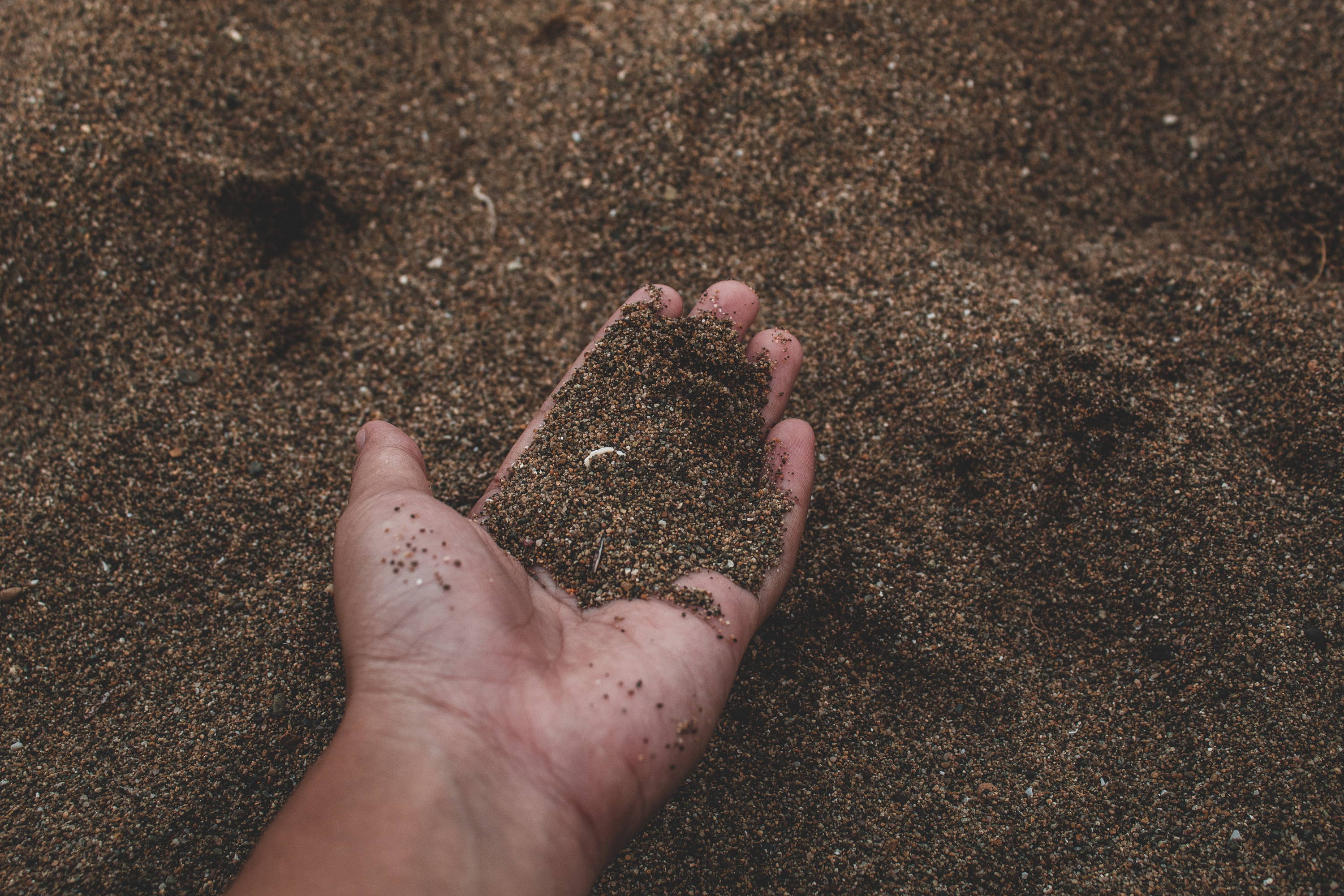 What is cation exchange capacity?

The definition of cation exchange capacity in the simplest terms is the soil’s ability to exchange cations. In this post, we will explore the basics of Cation Exchange Capacity, also known as C.E.C., and why it matters when it comes to your soil and your fertilizer program.

Cations are positively (+) charged elements that have more protons than electrons. Some positively charged elements include Calcium, Copper, Hydrogen, Potassium, Magnesium, Iron, Zinc, Sodium, and more. There are also negatively(-) charged ions that contain more electrons than protons and these are referred to as anions.

Many soil particles will have a negative charge, and the amount of negative charge depends on the soil type. These types of soils include sand, silt, clay, and more. A soil with a low C.E.C. will have less negatively charged particles than a soil with a higher C.E.C. Sandy soils will typically have the lowest number of anions (negative charges), while certain types of clay soils will have a higher number. The higher the number of anions, the greater the ability of the soil to hold nutrients for plant absorption. Two similar charges (+ and +) will repel each other, while two opposite charges (+ and -) will attract each other. This type of attraction between cations and anions allows for organic matter or soil to hold nutrients until they can be used by the plant.

Since soils are negatively charged and plant nutrients can be both positively and negatively charged, cations will be more attracted to the soil, or more available since they are more bound to the soil by way of opposite charges. Anions are more easily moved through the soil and can easily be drained out by water from excess rains or irrigation.

In the chart below, we review what nutrients are considered cations or anions and their mobility in the soil. 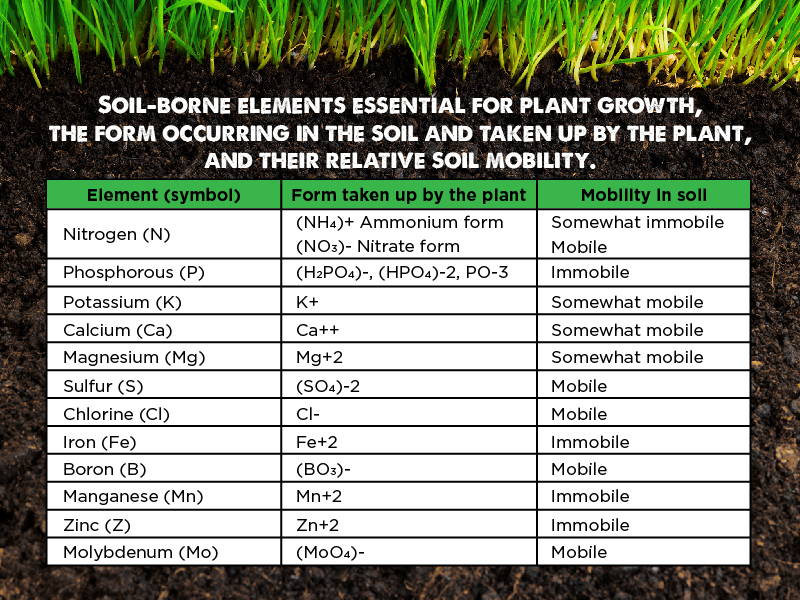 Most mobile elements are anions, and the somewhat mobile and immobile elements mostly hold a positive charge. Application of negatively charged elements followed by excessive watering will allow for those elements to quickly move through the soil.

Even though Phosphorus is an anion, this element is not water-soluble, and therefore this element can be easily leached from soils.

Even though nutrients can have positive or negative charges, the CEC of a soil has a major effect on fertilization and nutrient absorption. Cation exchange capacity and nutrient availability are directly related. A soil that has a lower CEC will not be able to hold as many plant nutrients. This can result in the loss or leaching of nutrients. A low CEC soil will also be more susceptible to nutrient deficiencies.

Can I change my soil's cation exchange capacity? 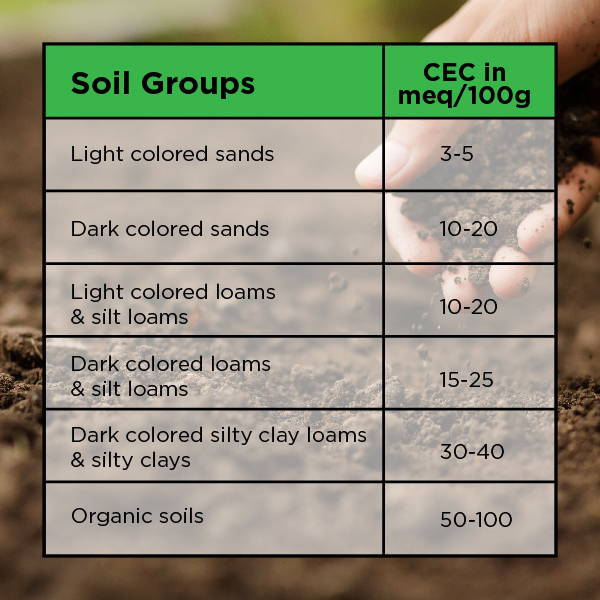 Certain types of soils have higher or lower cation exchange capacity. Generally, sands have the lowest cation exchange capacity, and organic soils will contain the highest number of cations. The color of soil can indicate fertility potential, with darker soils generally having a higher CEC, but this is not always the case and also depends on the soil texture.

Disadvantages of a Low CEC

There are several disadvantages to having a soil with a low cation exchange capacity, which are:

Advantages of a High CEC

There are several advantages to having a high cation exchange capacity soil: 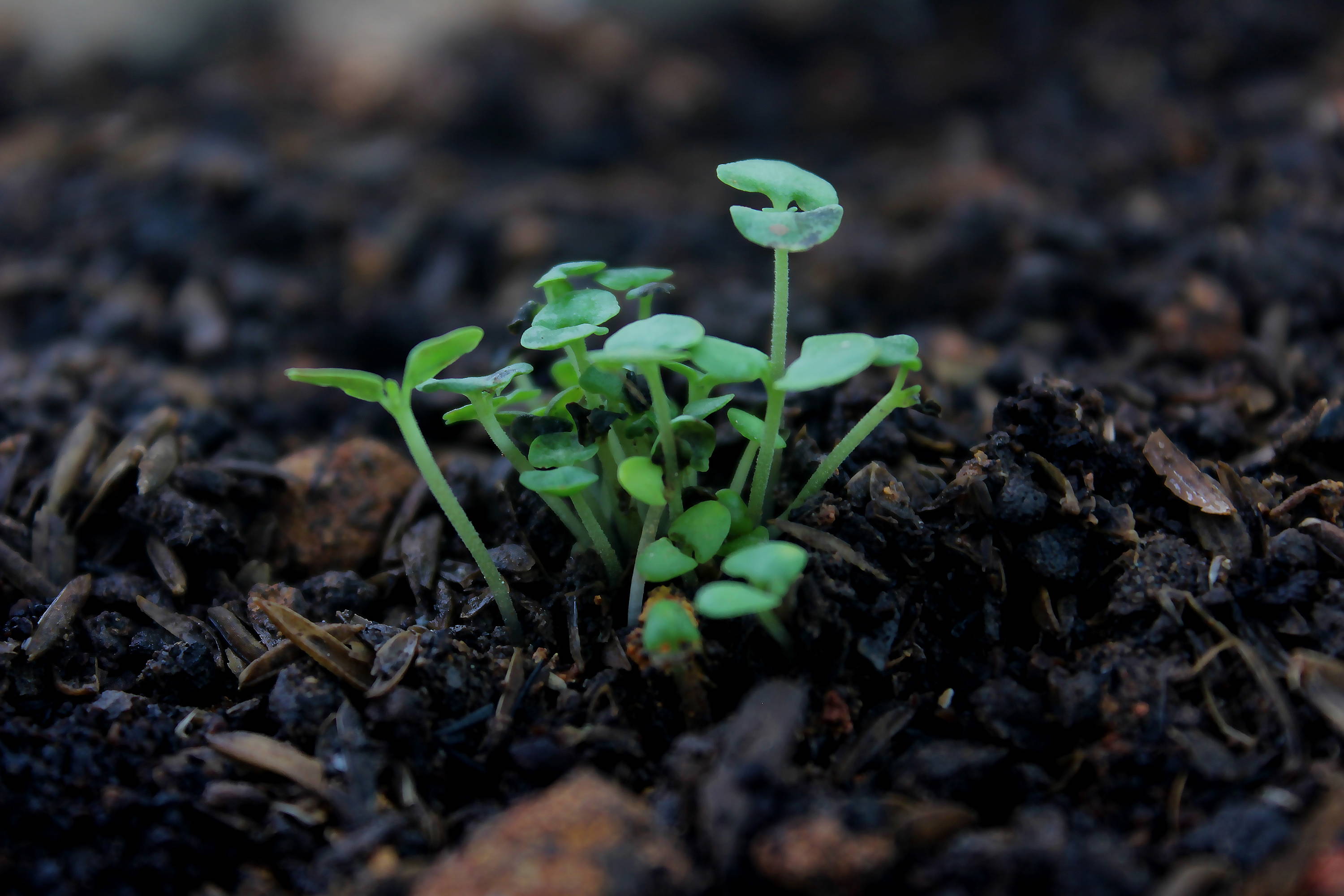 A high cation exchange capacity is desired in soil because the soil will be able to hold cations from fertilizers for some time before being absorbed by the plant. Having a high CEC also aids in the buffering of pH, which helps keep the pH from changing. Having a high CEC soil aids in nutrient leaching into groundwaters, therefore helping to protect the water quality. This nutrient-holding capacity will also help growers avoid a severe nutrient deficiency.

Cation exchange capacity is important for gardeners and agriculturalists to understand to effectively formulate a nutrient program for turfgrass or crops while also maintaining responsible application of nutrients to minimize environmental impact and maximize crop success. Without an effective nutrient program for plants, yields will diminish and nutrient deficiency will prevail in soils and show in crops. Overapplying nutrients can happen and it can negatively affect plants and soil. If your lawn or garden is struggling, look to get a soil test to determine what is going on before taking action. Take note of your soil type, and add organic matter regularly. 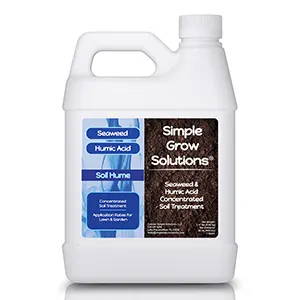 Ron Goldy "Anions and cations in plants, oh my why do we care" Michigan State University Extension, 2013: https://www.canr.msu.edu/news/anions_and_cations_in_plants_oh_my_but_why_do_we_care

Comments will be approved before showing up. A common concern about lawn solutions is if lawn fertilizer is safe for pets. There have been scientific studies that do show lawn care solutions can be harmful to our furry friends. Your pets can absorb lawn care chemicals through their paws and can ingest them by licking it off their fur. You want your lawn to look healthy and thick, but you also need lawn solutions that have safe ingredients for your pets. Steps for Seeding a Lawn

Steps to seed your new lawn.

7 Tips to Prepare for the Spring Lawn Season